The Future of Bitcoin - Outside in - Involvements with reality 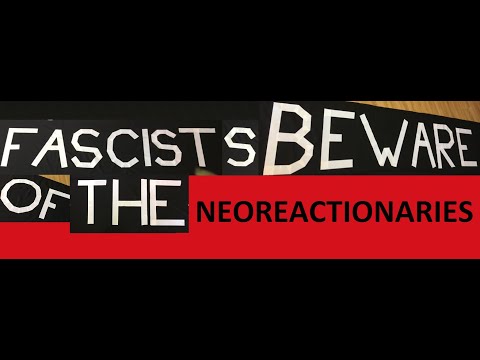 There is a Specter Haunting the Internet, the Specter of Euphoria.

While the word "gamer" has a lot of baggage these days, I will admit that I play a lot of video games, especially online video games. I can't even recall off the top of my head everything I've committed to or at least dabbled in, in the last few years, so I'll mention a few relevant to a rather weird phenomenon that is the subject of this story:
Star Trek Online (became a lifetime subscriber well before it went free to play. Especially during "weekly" story updates that were not so weekly, was a blast for a while. High point was probably Legacy of Romulus).
Planetside 2 (This one spoiled me: I just can't get into tiny-ass repeating maps with rigid 6v6 or 12v12 or 20v20 fights anymore so I'm stuck with this one when it comes to shooters)
Old Republic (worth playing through at least a few times for the class stories).
World of Warcraft (played for years, increasingly disappointed after Lich King, quit during Draenor, Legion not interesting me).
These are not the only things I've played recently, but what do they all have in common?
The Specter of Euphoria.
Each of them (yes, even Planetside 2) have had a weird thing happen in a commonly-shared chatroom. Be it Earth Spacedock, Vaiken Fleet Station, or Stormwind Trade Channel, a specter haunted them all, at roughly the same time, and at the time, I had no idea why they sounded alike.
This was primarily in Star Trek Online, so I'll derive the "conversation" from there, which was more like a guy standing on a street corner, waving an "THE END IS NIGH" sign, but with some specific differences, such as the wrath of God not being what to fear, but the wrath of, uh, well, the guy holding the sign.
I'll call the guy King Skynet, because it's a fine mishmash of his dreams and ideals and where he sees himself: ruling the world, but instead of a mountain of treasure around his Hyborean throne, there'd be Bitcoin. Somehow. He was already well into his prophecies, and according to someone I asked, was there for several hours already.
King Skynet: lol u laugh now, but all of u are replacable. u all will b replaced.
I had the overwhelming urge to chime in.
AngryDM: Replaced? In a video game? Are you referring to farmer bots and aimbots? We already have those.
King Skynet: players.... game devving.... all of u... replaced....
AngryDM: Okay. Who will buy the games?
King Skynet: the economy will be self aware.... u ever read Accelerando?
I had to look that up. Sounded like a cautionary tale in summary, or failing that, a speculative "this is what happens with runaway AI" as a thing to dread, not celebrate.
AngryDM: Okay. What's in it for you?
King Skynet: lol.... who do u think will b in charge?
AngryDM: Let me guess, you?
King Skynet: good guess....
This exchange went on for a while, a dreadful long while. It went on, also, in other games in a short span. I dare wonder if it was the same person lurking at the NC warpgate, in Vaiken Spacedock, in Stormwind. I'm not sure what'd be better: if it was the same guy or if it was him and his buddies, because this Specter of Euphoria haunted my corners of the online world for roughly a week like this.
Summary of the Specter's spooky prophecies: Very very soon, the world would be consumed by an uncaring AI with nothing else in mind but growth and self-perpetuation. People would be obsolete, except of course the wise Dilbert-like software engineers that were the true powers behind the throne.
Very soon after, because hockey-stick-shaped-curves are magic, the solar system would be reduced to base components and repurposed into tech toys.
Pretty soon after that, because hockey-stick-shaped-curves, the galaxy.
Pretty soon after that, the universe. Everything bulldozed, processed down.
Back to Earth Spacedock, here. "Okay. So everything in the universe is made into stuff, right?"
King Skynet: Things u cant even dream of....
AngryDM: What then?
King Skynet: I dunno, lol! prob kill myself when im bored.
There you have it: a brave new world. For months, almost a year, the specter was intangible, mysterious, with no clear connections I could find. This stuff simply HAD to come from somewhere, so I asked around, and one helpful soul linked me to this. Behold, the motherlode, the source of every fedora, neckbeard, trenchcoat, and set of fingerless gloves on the internet:
Behold, the Manifesto of the Dark Enlightenment!
"F. T. Marinetti posted:
These guys are legends, at least in their own minds. They are at the crossroads between the many roads of being enlightened by one's own intelligence. Was this just a single very ambitious soul spending a week spreading the good news of the tech singularity and how it'll make everyone fear him, or did "Mencius Moldbug", Nick Land, F. T. Marinetti and the rest of the shadow basement council all decide to get Steam accounts at the same time?
EDIT: Oops. Seems like F. T. Marinetti was a century-ago prototype of the "Dark Enlightenment". Doesn't change much of what I said except to say "horrible people obsessed with technology-based power fantasies also existed before the Internet".

This subreddit is not about general mencius moldbug bitcoin exchange rate news. Redneck brain dead yank January 23, at 8: Mencius, It will be easier for your readers to respond to specific comments if you enable threaded comments. So people shouldn't use Bitcoin thinking that they're automatically got anonymity - they don't, and that false sense of security can be very dangerous. They can be ... — Mencius Moldbug, "On monetary restandardization." Mr. Moldbug is, of course, quick to point out that the project is surely doomed, as no modern government could possibly tolerate the existence of anonymous electronic currency: "Here is the problem with Bitcoin: the tank, I think, will pop. This is not due to any technical fault in Bitcoin's algorithms or economics. It is due to a political ... If they&#39;re going to do something they better do it fast, otherwise Paypal will be going down the tubes in the not too distant future. Bitcoin will be crushing them!<br /><br />In case you don&#39;t know, Paypal practices economic censorship in service to the authorities without due process. RIP Bitcoin, I think Moldbug confirms: ... The conclusion: Bitcoin no longer has a practically meaningful US$ exchange rate, which is equivalent, in fact, to having a yet undiscovered (but already implicit) value of US$0. The cliff edge has been crossed, and all that remains is the impact. Empirically vulnerable predictions are pure gold, and this is an especially precious example. The fate of ... How Bitcoin dies MENCIUS MOLDBUG ... Surely, BTC-for-goods exchange has some direct impact on the BTC price, because people need to buy BTC—with USD—so they can buy their weed on Silk Road. While this is true enough, the effect of this round-trip transaction on the BTC price is negligible, because it quickly reverses itself—unless your weed connection is also a BTC speculator. Let’s ...

Academia and the Internet with Justin Murphy

An Exclusive Talk With Curtis Yarvin AKA Mencius Moldbug (Februrary, 2020) - TekWars Podcast Snippet - Duration: 39:52. TekWars 2.0 15,820 views From "THE ART OF ECONOMY: DECENTRALIZED LABOR PRACTICES AND DISTRIBUTED PRODUCTION NETWORKS" Live streamed October 3rd, 2015. Pomp Podcast #233: An Open Letter to Ray Dalio re: Bitcoin (Livestream Pt. 2/2) ... Anthony Pompliano Recommended for you. 7:35. Mencius Moldbug - An Open Letter to Open-Minded Progressives Ch. 01 ... This video is unavailable. Watch Queue Queue. Watch Queue Queue Justin Murphy is a political scientist whose research has been published in The British Journal of Political Science, and popular outlets such as Foreign Affairs and New Statesman. He is also the ...